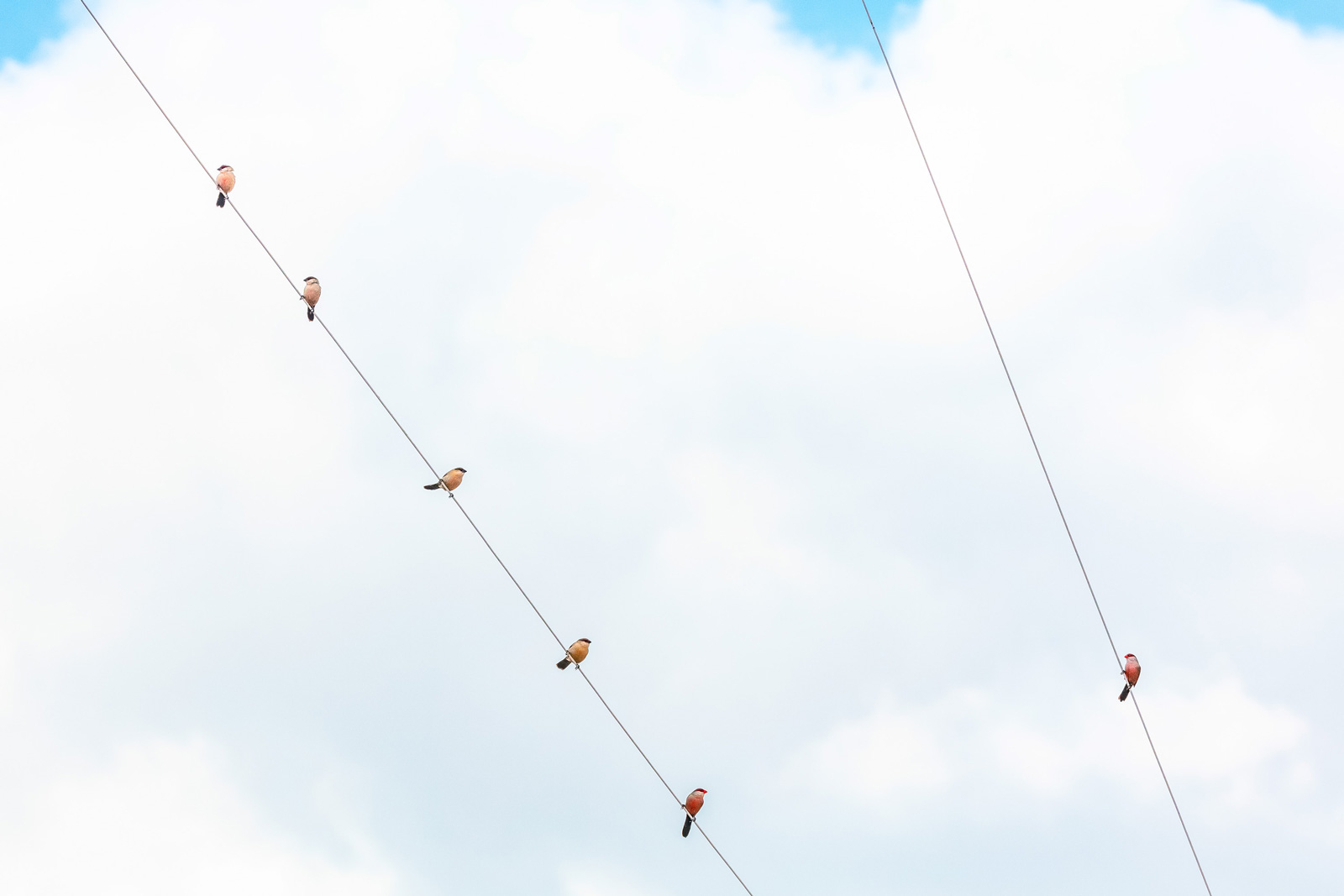 Up and away
Birds of Barcelona 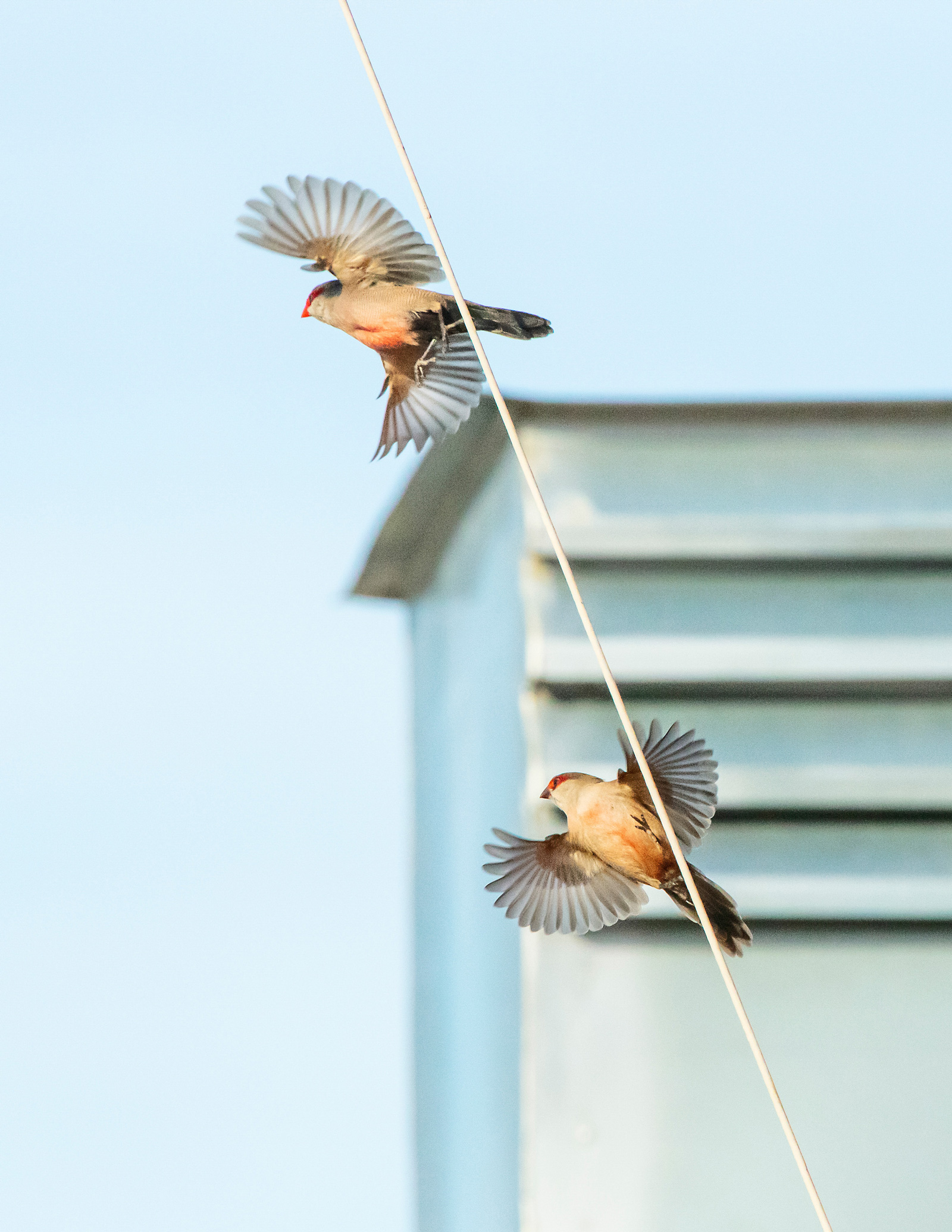 Perceiving birds as motif for pictures has brought me a new and exciting experience in my 20-year career as a photographer. In order to photograph these small and swift creatures, I had to be unusually patient and alert. Because of the strict movement restrictions during the Barcelona lockdown, the space I could view was very limited. From the communal roof terrace of my apartment building, I could see the sky and the rather dull city skyline: cables, antennas, neighboring apartment blocks. Every now and then, the screech of a seagull could be heard.

Then suddenly: a chirping. It breaks through the gray and floods the limited space with life. My eyes follow my hearing and I see a greenfinch for the first time. As it takes off, I notice the rapid sweeps of its wings and the beautiful patterns and colors of its plumage, which contrasted starkly with the drab gray of the city. I perceived all this in a split second – too quickly to leave a lasting impression in my mind. 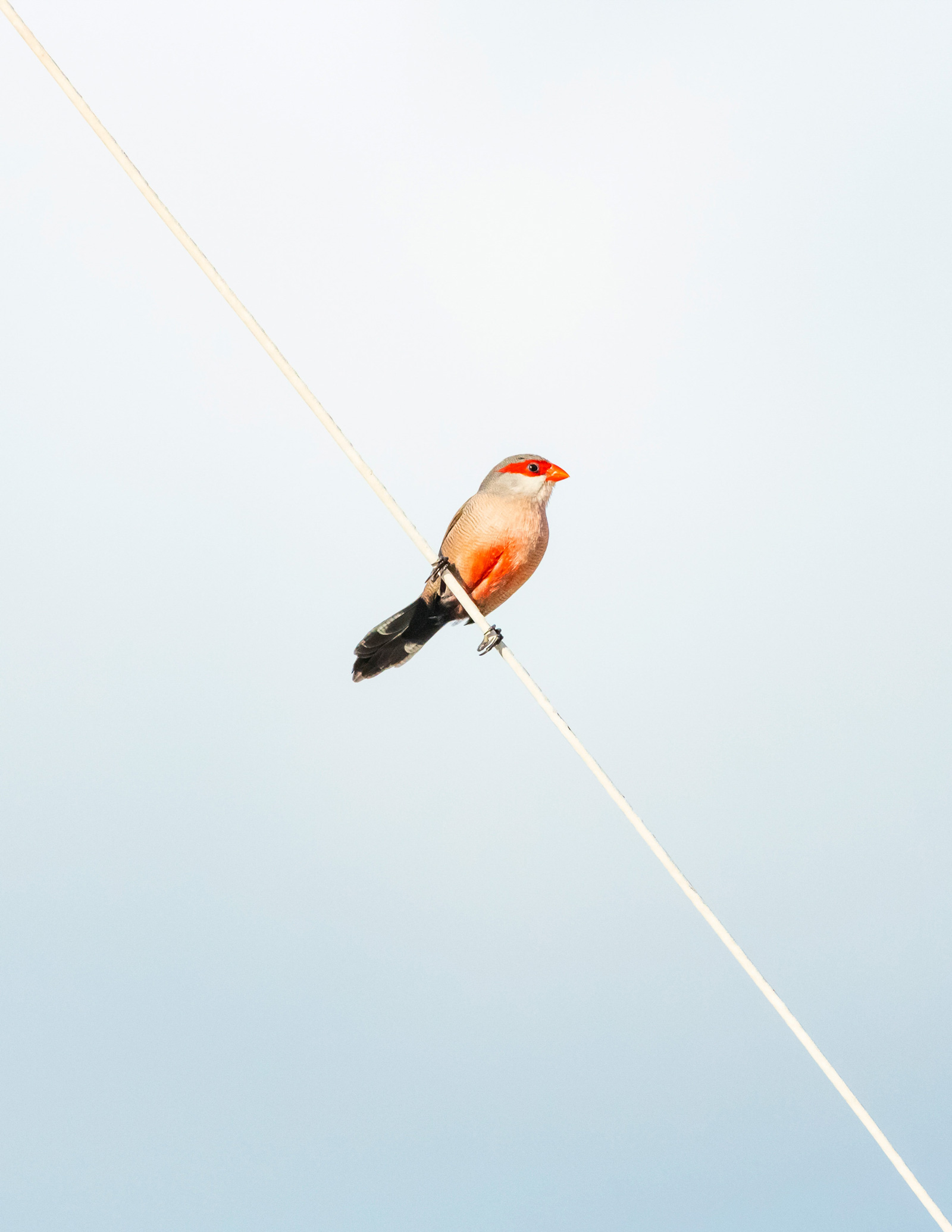 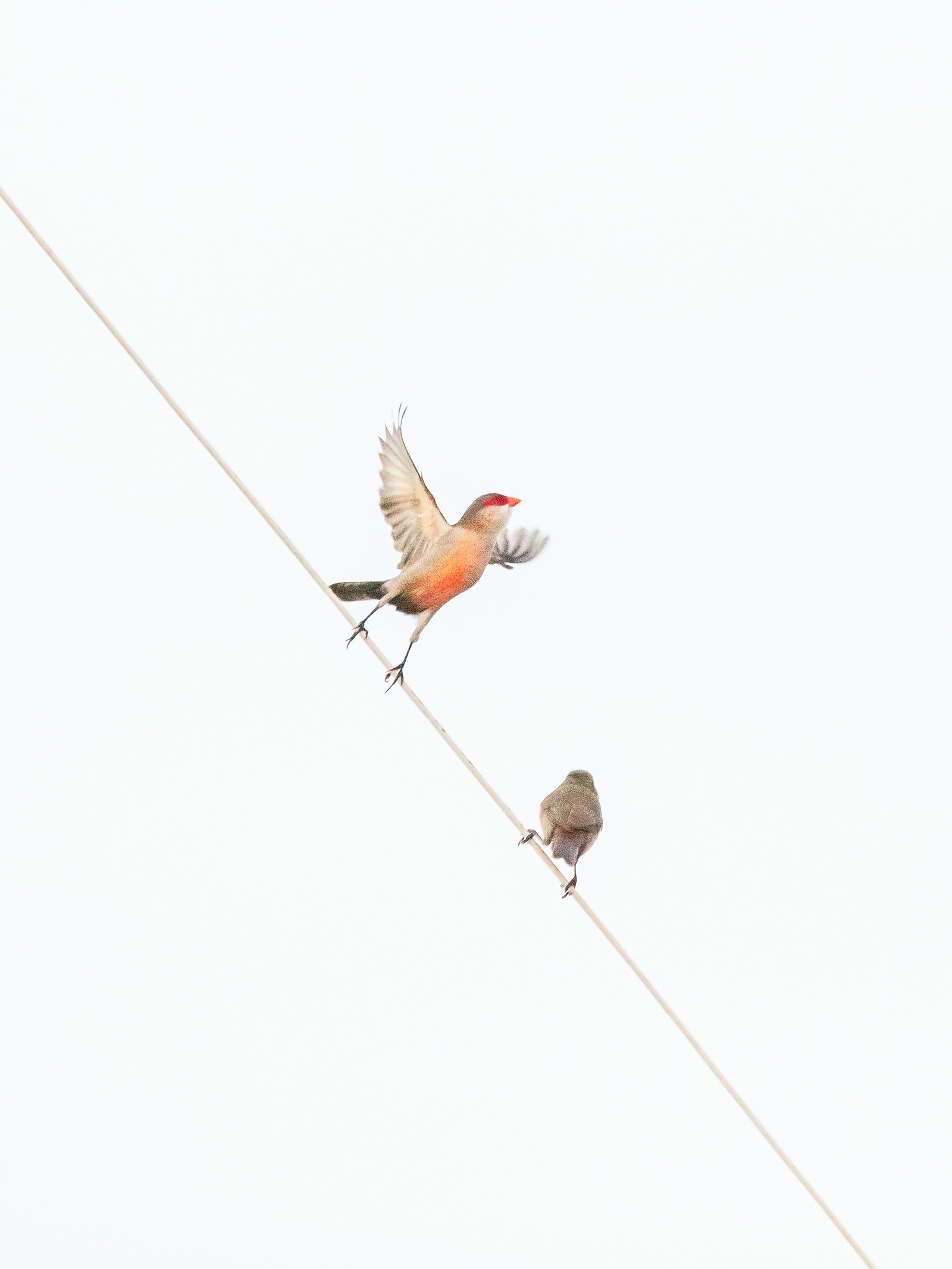 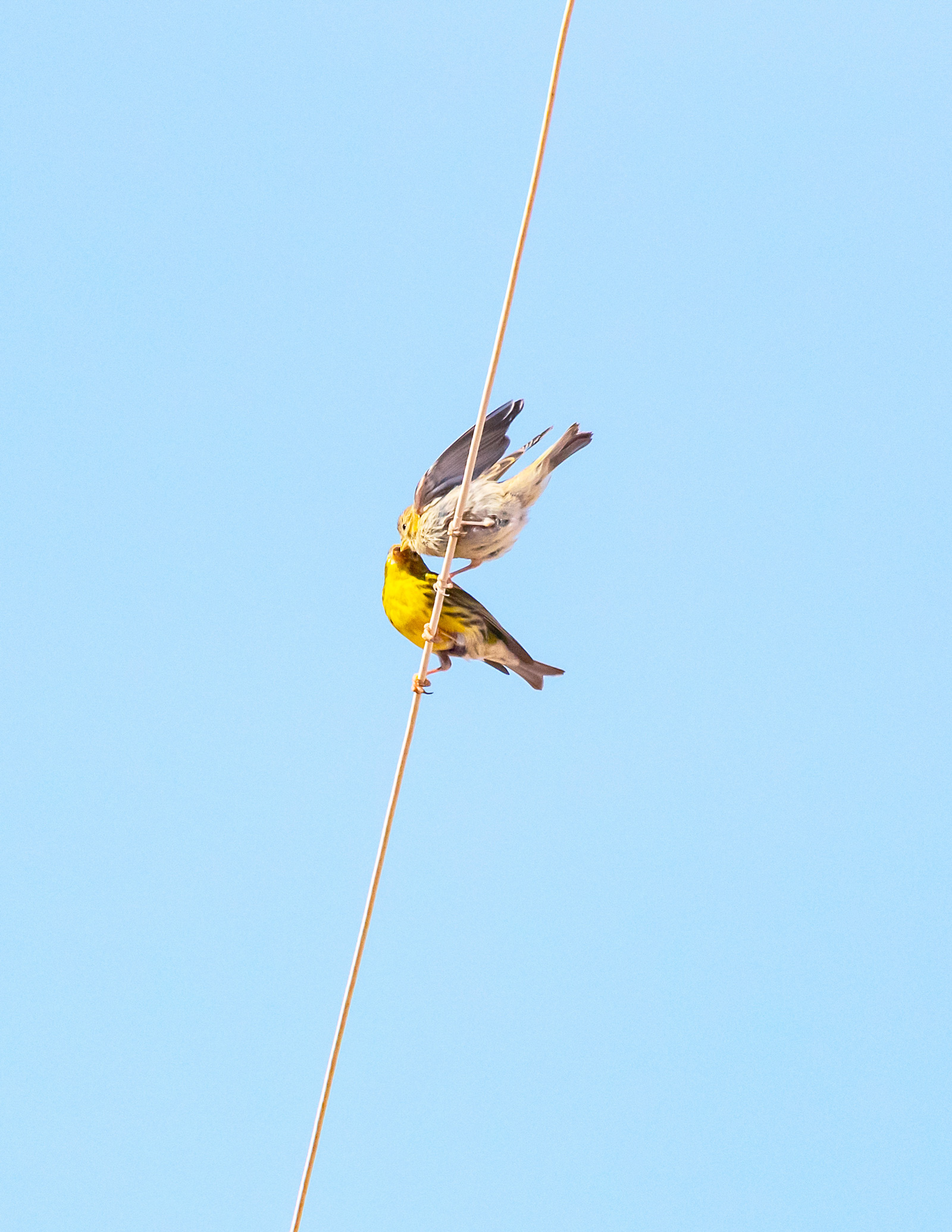 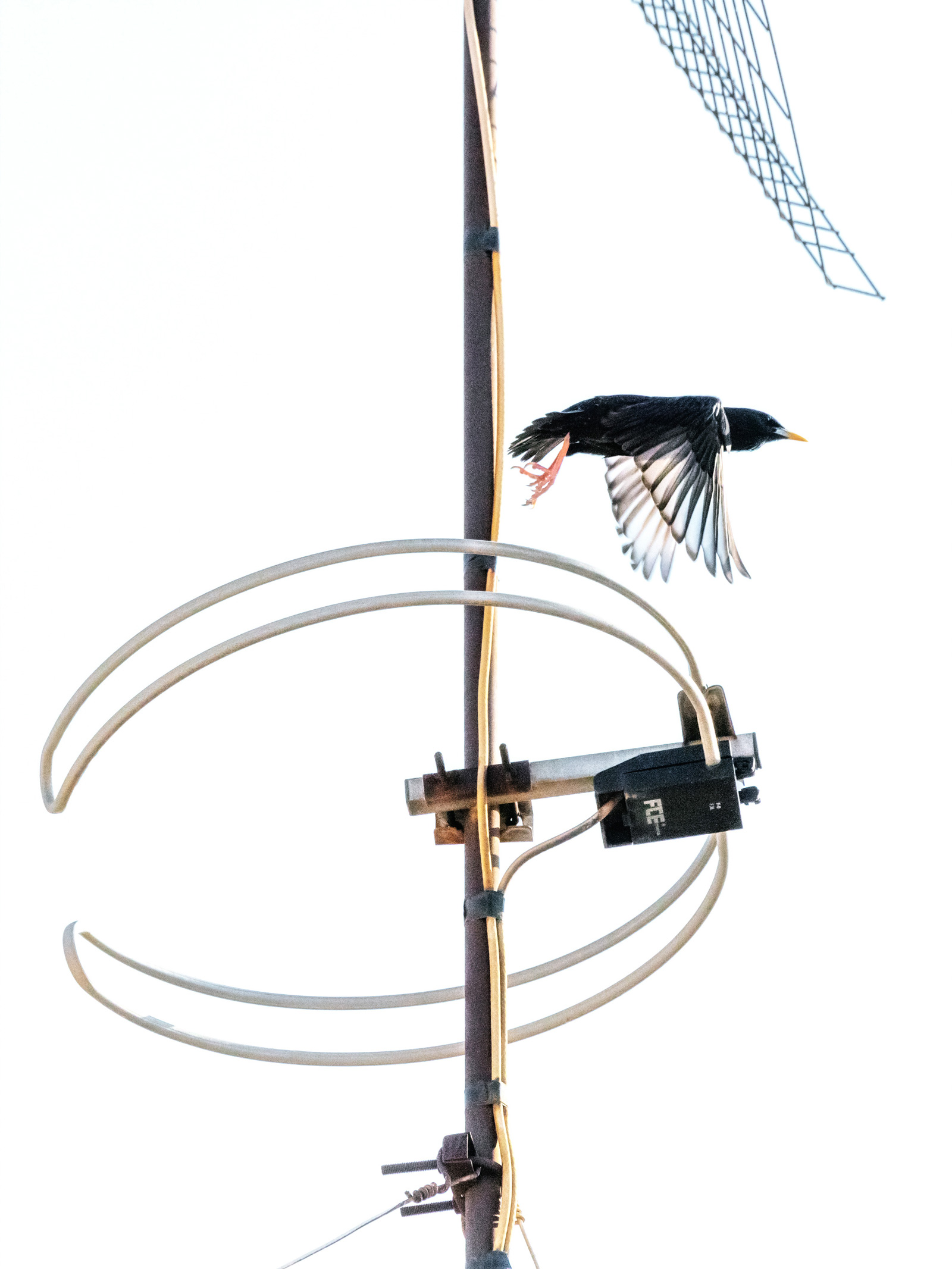 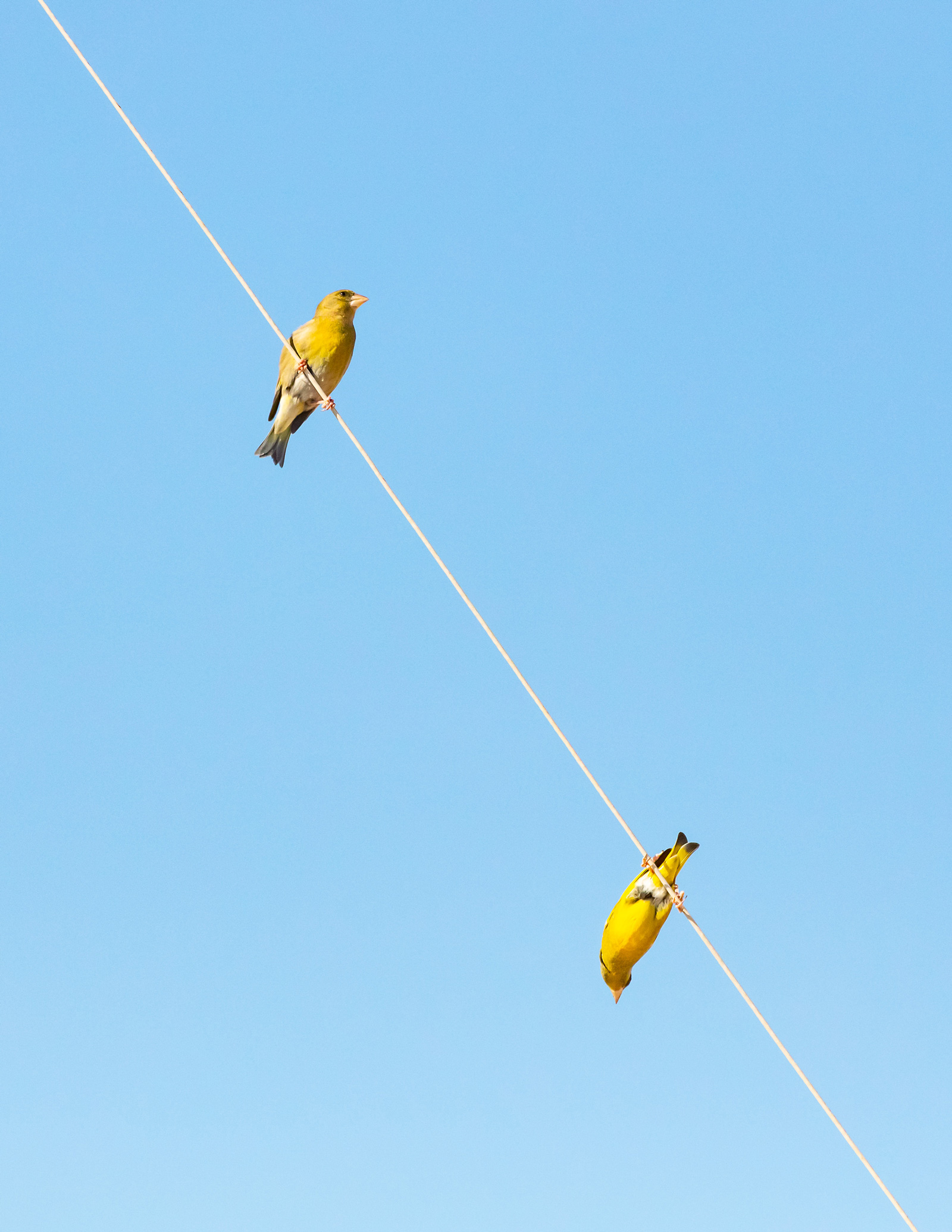 The greenfinch resting on an antenna. Isn’t it weird that it became his tree, his urban forest? He begins to chirp, looking for his equal, perhaps a partner. A team of common waxbills joins them. They are small birds, tightrope walkers, constantly on the move, usually appearing in groups. A colorful, chirping celebration begins. Spellbound, I watch the colorful open-air concert and the impressive choreography. 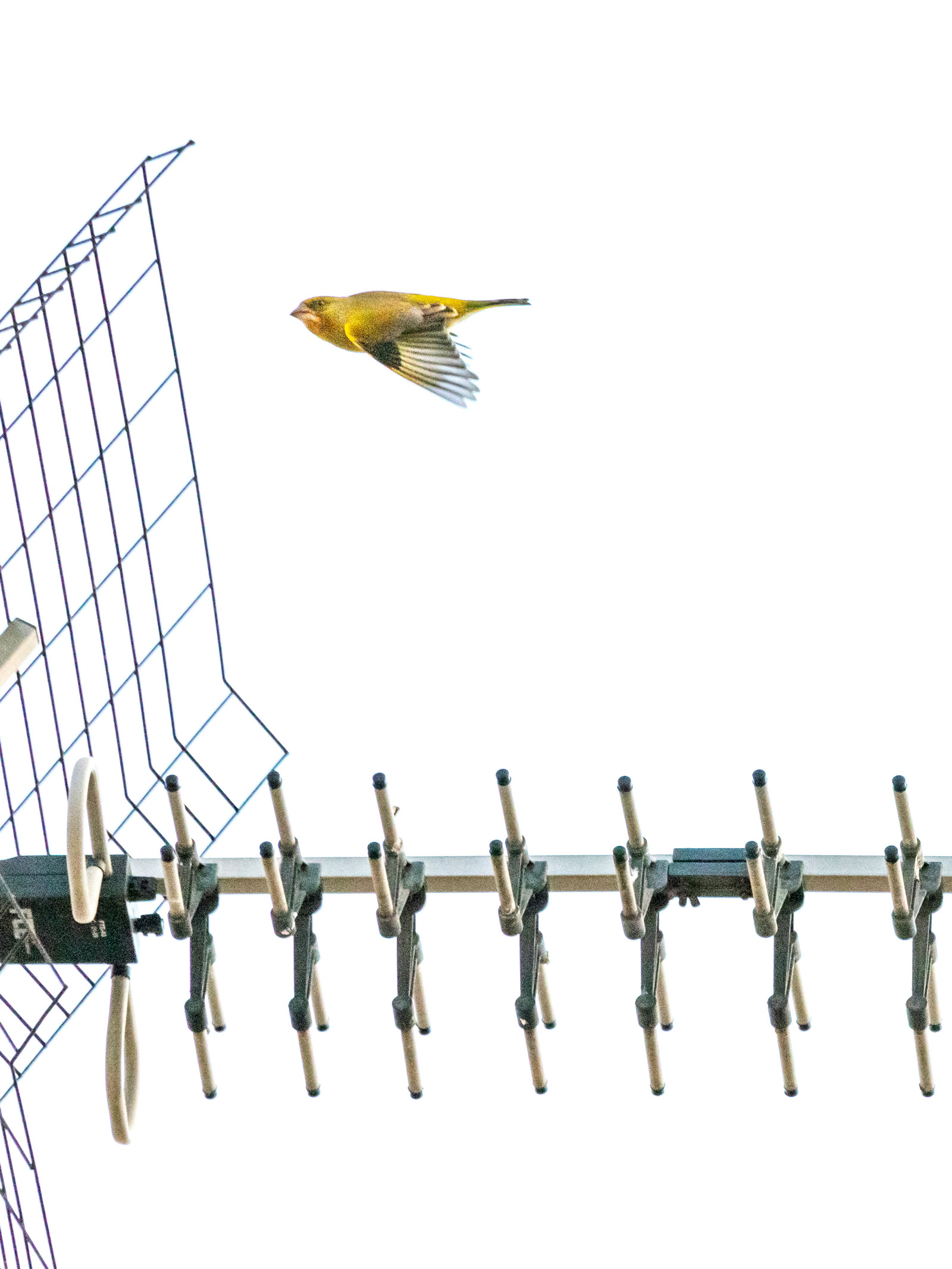 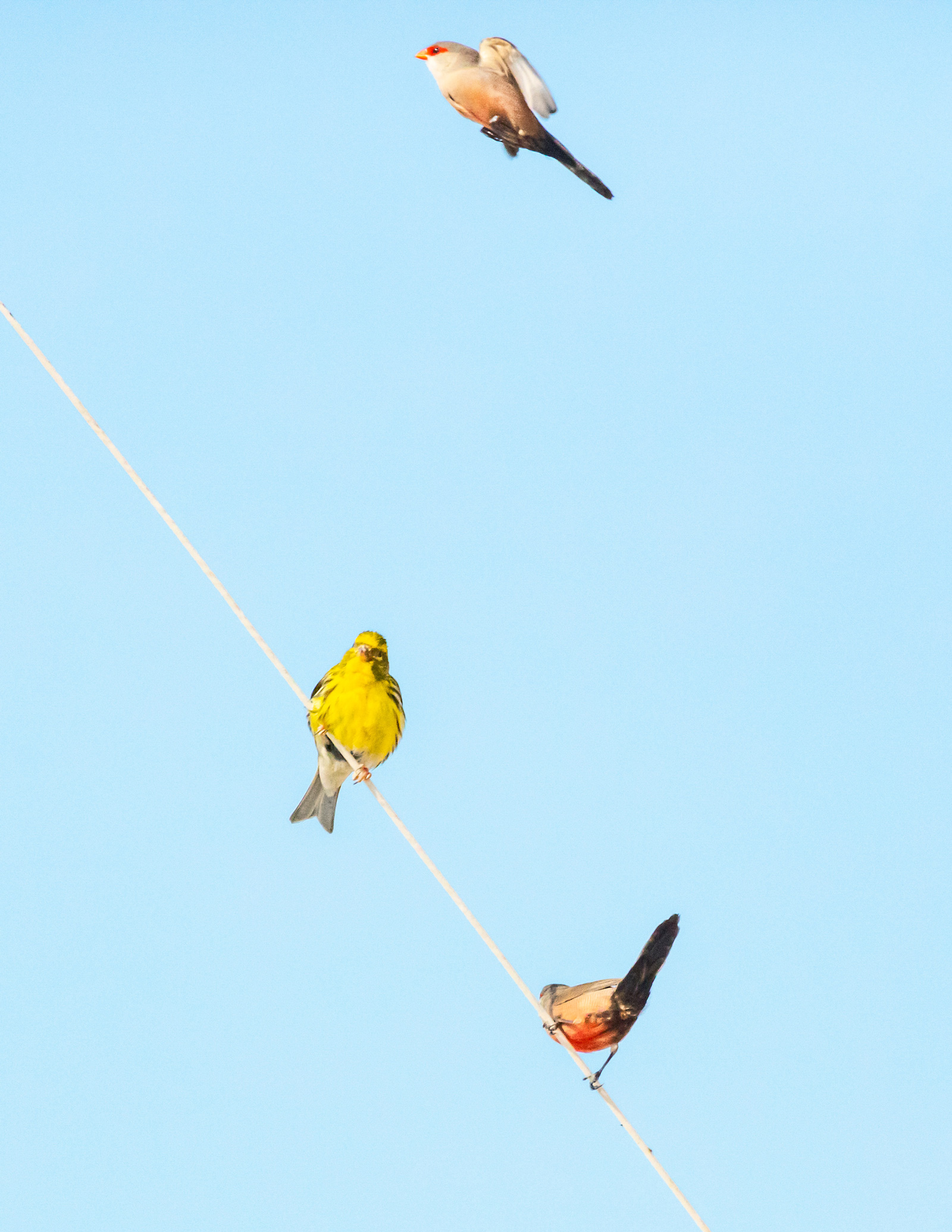 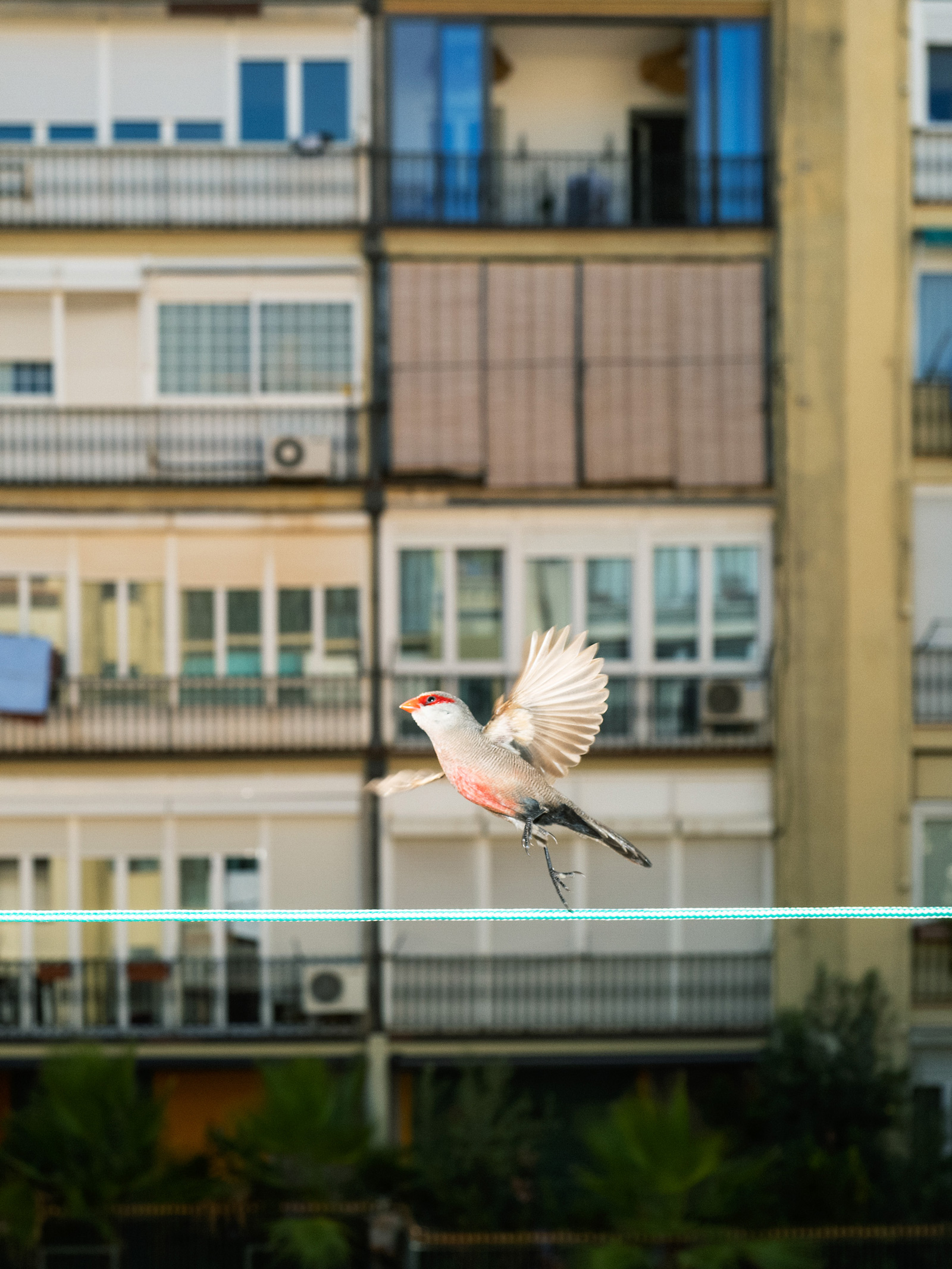 My photographer’s ambition is aroused. I go back to my apartment and get an old 100-400 Canon telephoto lens, which I rarely use because of its weight. Through the viewfinder of a Canon 5DSR, I now see the greenfinch up close, every detail of its plumage. As he flies off, I take five pictures per second. I flip back on the camera’s LCD screen and see pure beauty. I’ve captured the flap of its wings and recorded it in a fraction of a second. What cannot be seen with the naked eye, the camera captures. It magically captures the colorful activity of the birds.¨

This project has found many enthusiasts around the world. Apparently, I’m not the only one who has realized the magic of songbirds, especially when they are in an urban environment. Limited edition prints of my Barcelona birds can be purchased in my online print store: gunnar-knechtel-photography.myshopify.com 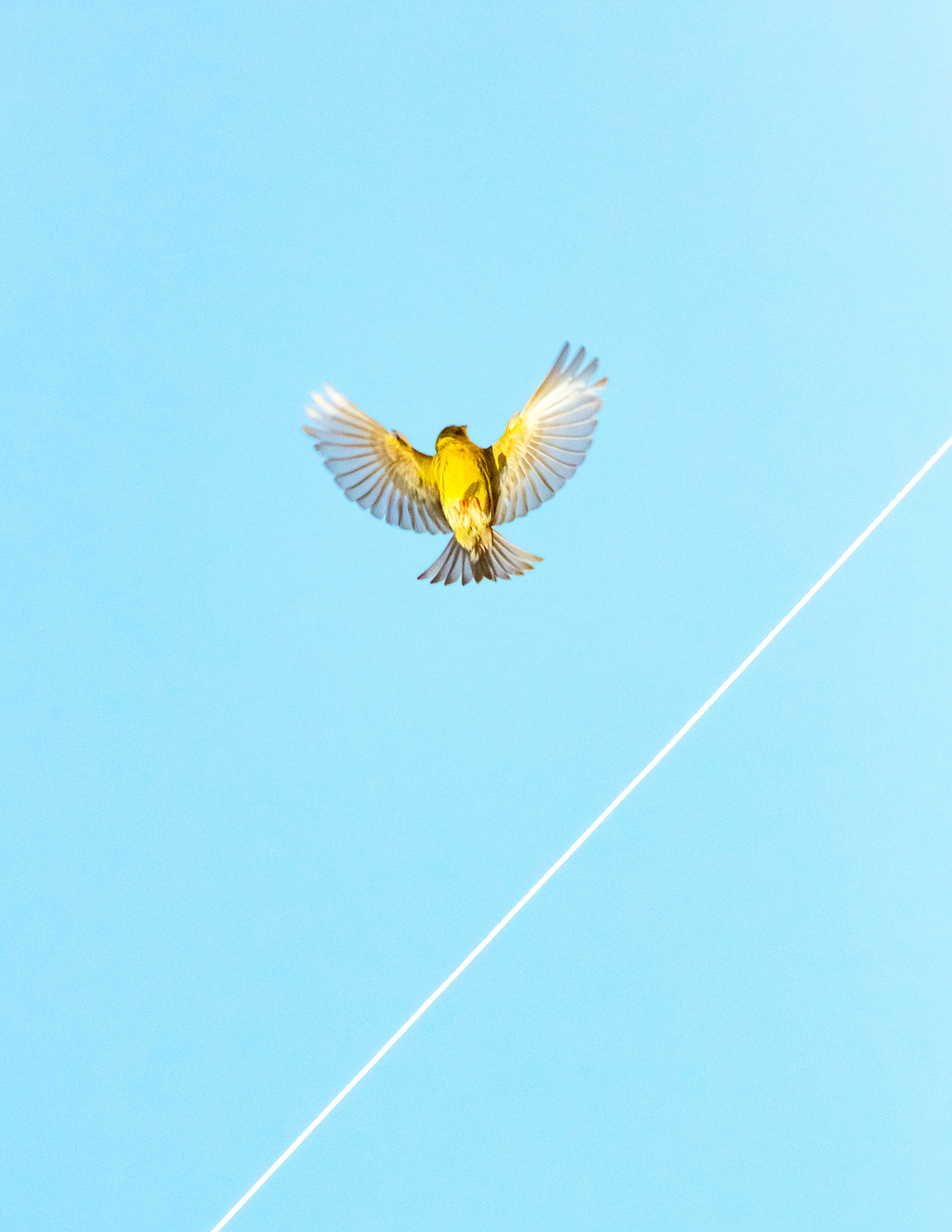 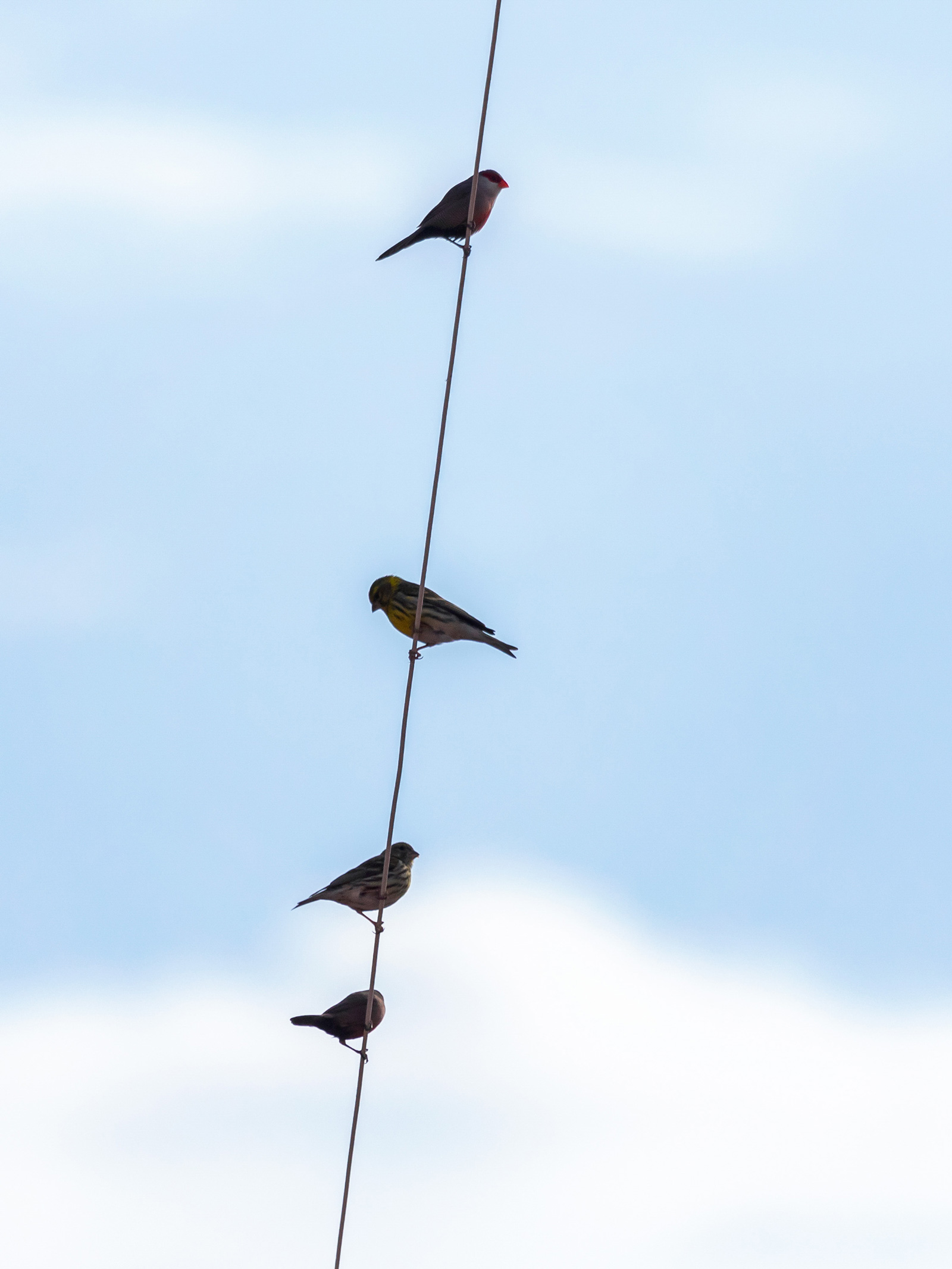 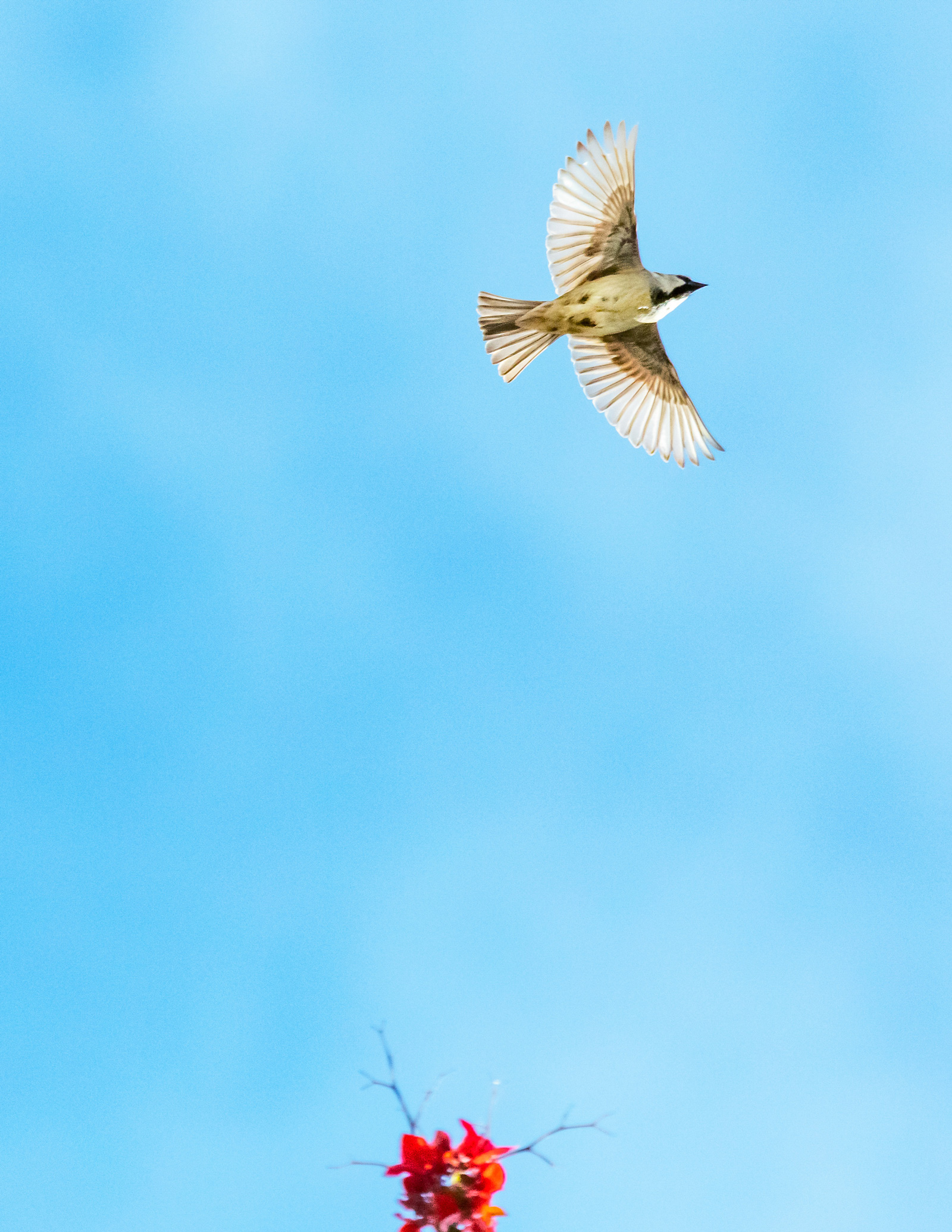 Gunnar Knechtel has lived in Barcelona for 20 years. He works for Stern, Der Spiegel, National Geographic Traveller, Travel and Leisure, Essen und Trinken, among others. gunnarknechtel.com