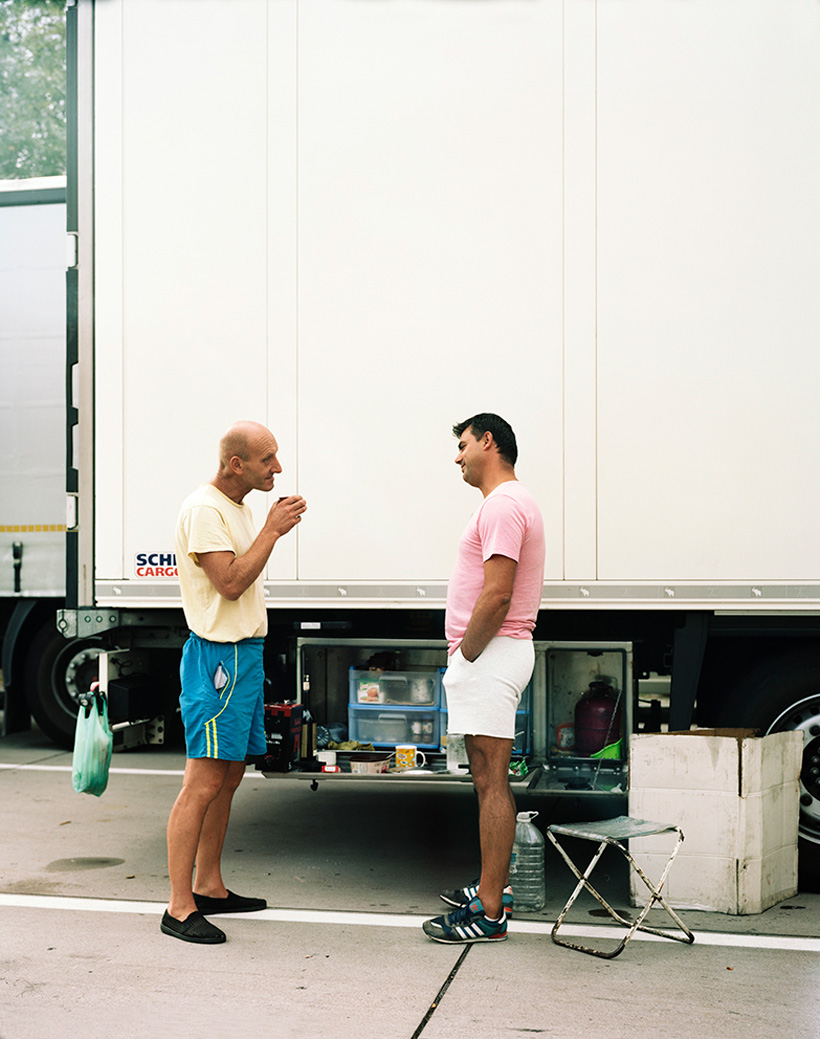 Pit stop
On the way to anywhere 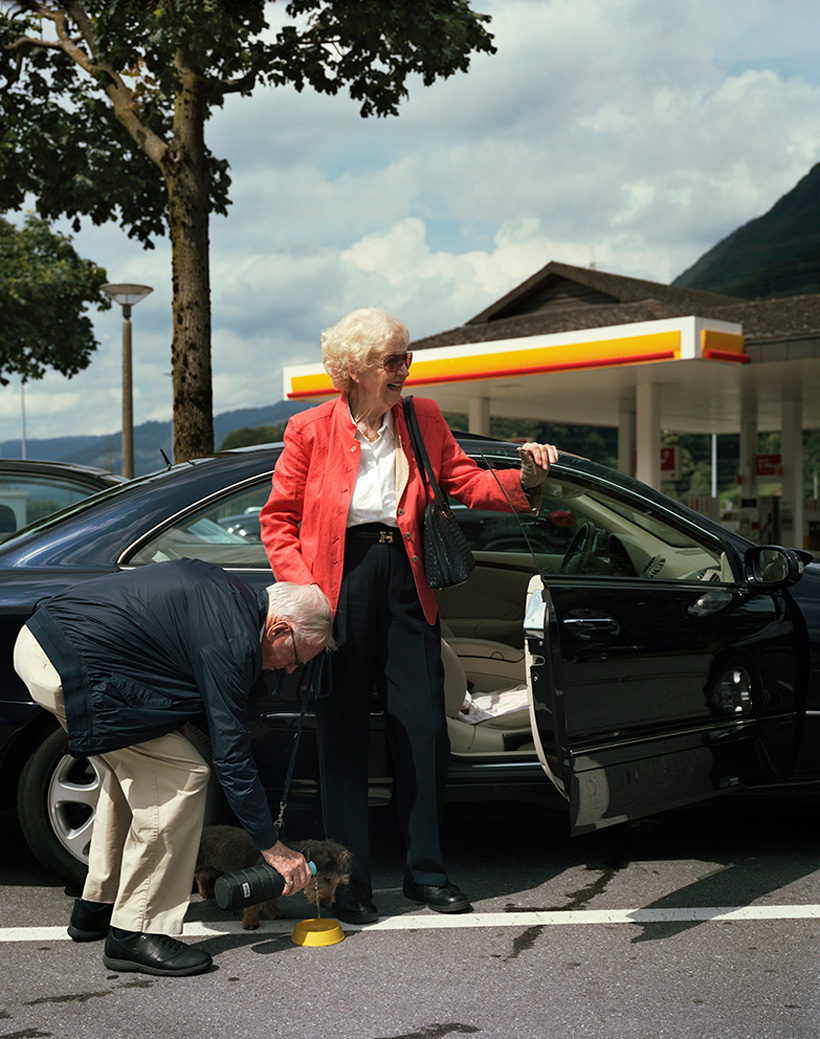 The idea for this series came about on a trip to France. A large family from Portugal had stopped at a rest stop and spread out their delicious looking provisions on a table (not in the restaurant). I had to photograph that. And I did it on negative film with a large format 4×5 inch Linhof camera that I almost always carry in the car. This kind of photography forces me to be absolutely concentrated. At the same time, I often have to hurry because people want to keep driving. That’s why there is always only one photo. 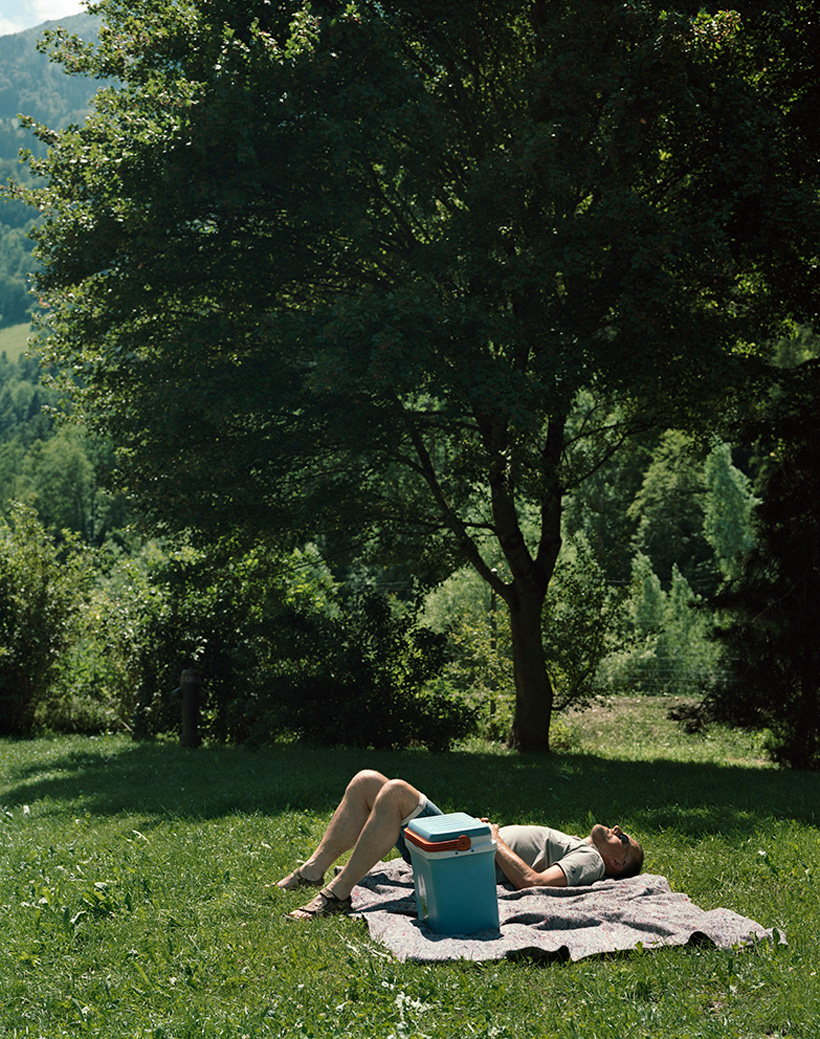 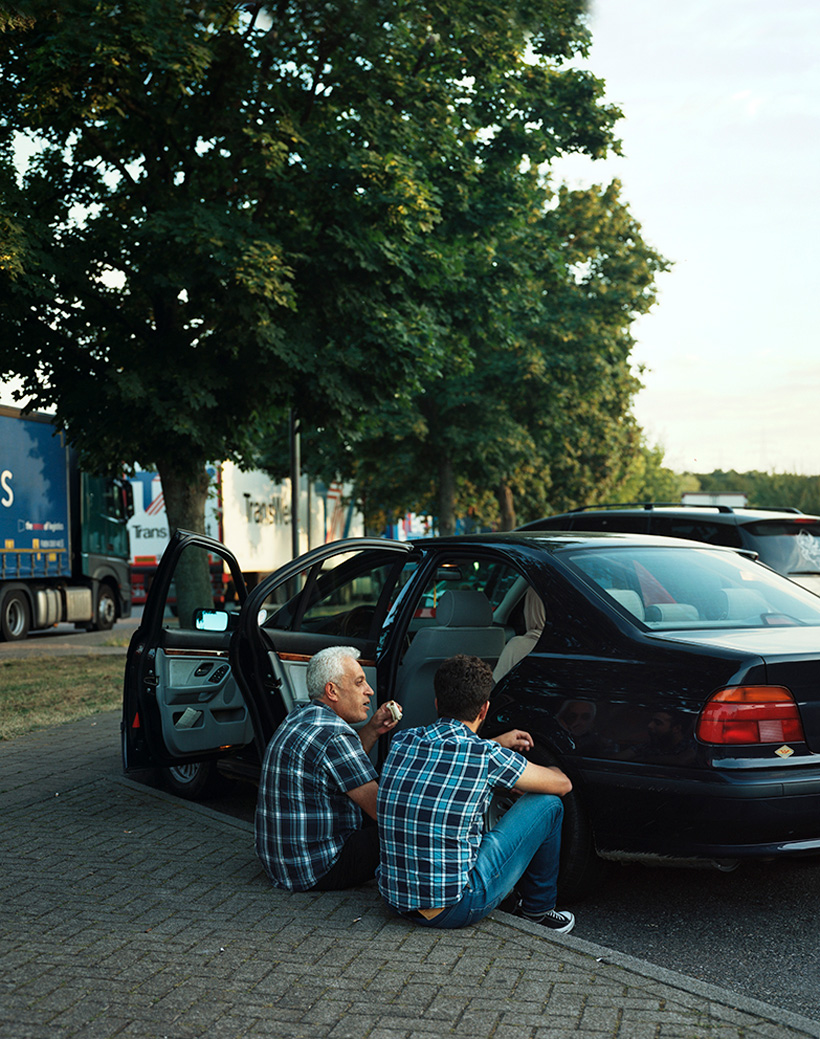 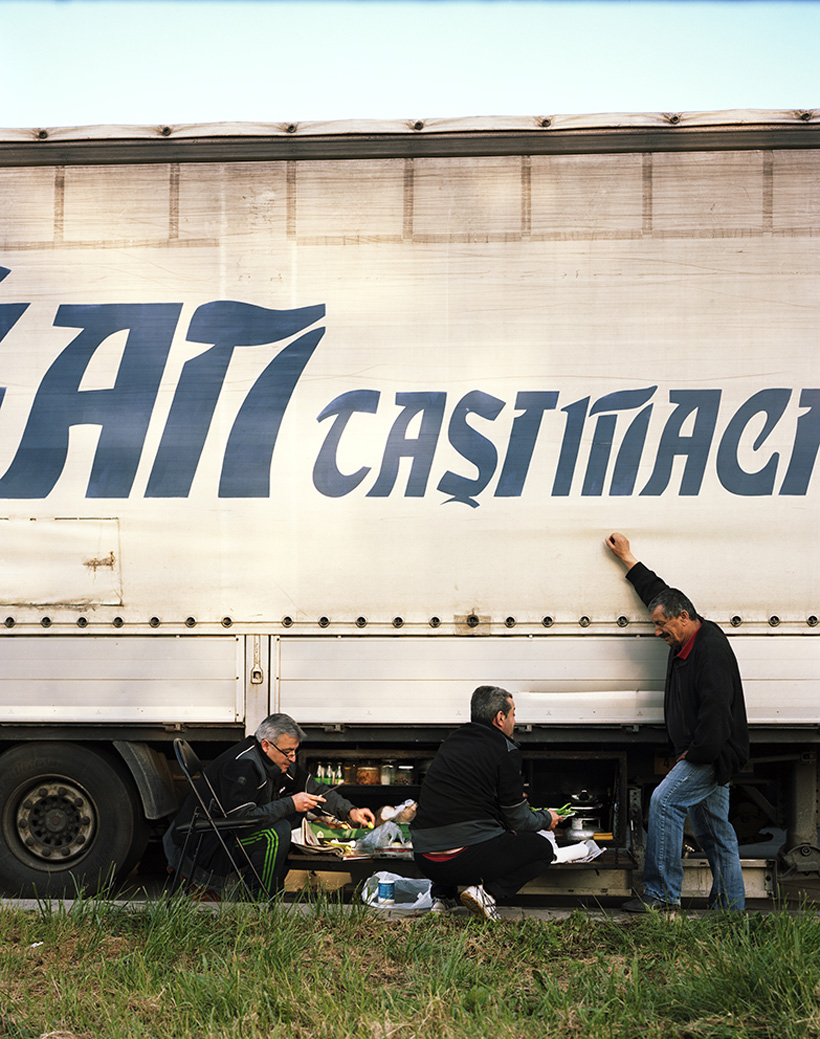 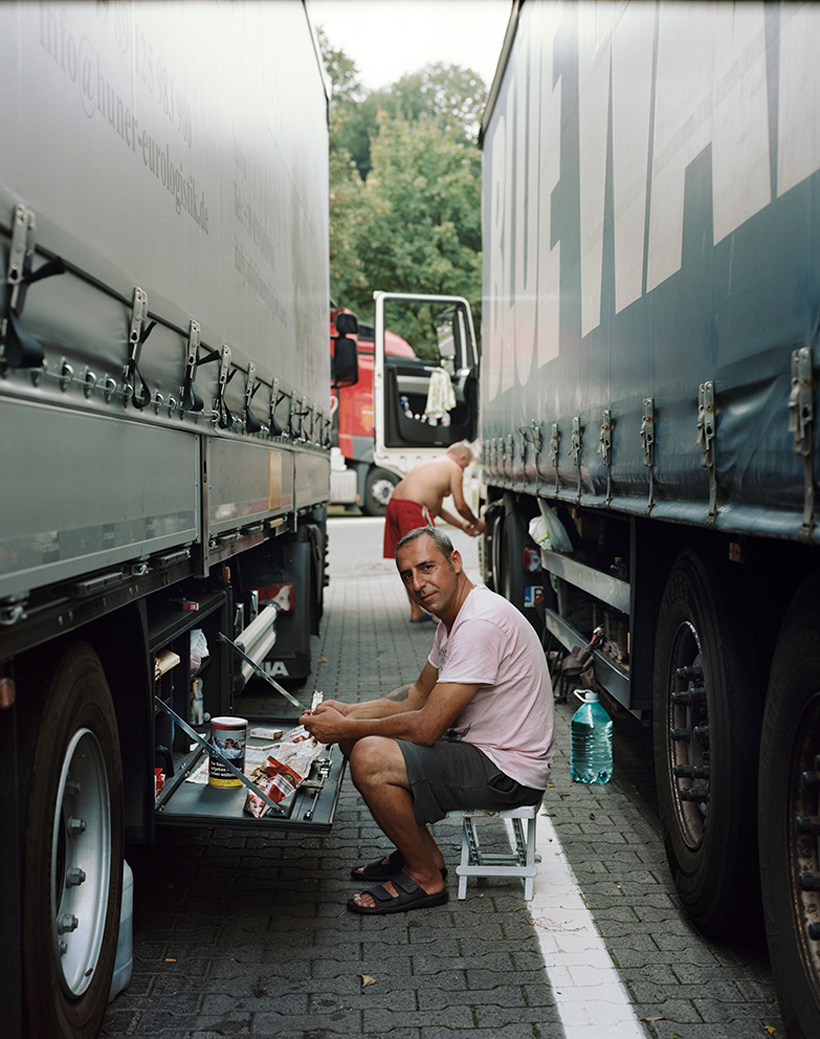 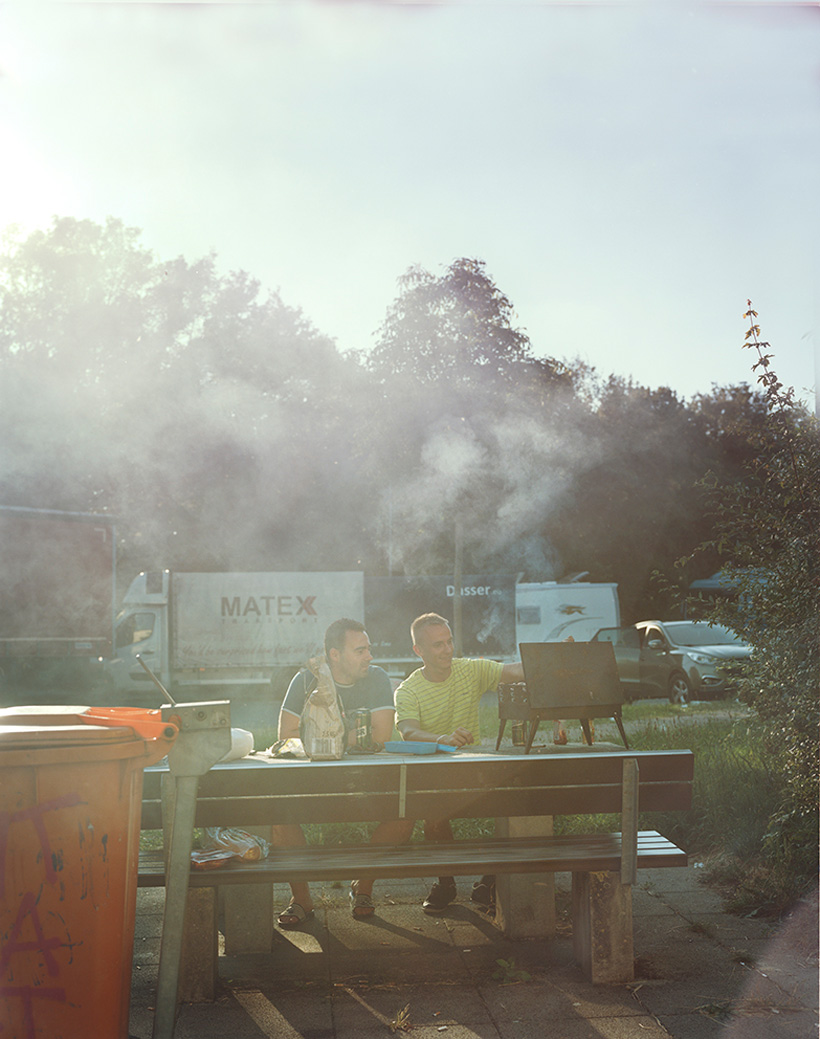 It’s different with truck drivers, who often stand in a highway parking lot all weekend. They are often totally interested or just let me do it. If they cancel, it’s usually because they don’t understand me. For these cases, I carry a piece of paper in all kinds of languages explaining what I do. That helps. But I’ve also had a lot of great situations slip through my fingers. I remember a group of monks during a cigarette break. Unfortunately, I was too late then. Another time I saw a man doing stretch exercises at a rest stop, but he refused to be photographed, despite my attempts to convince him. I can’t get these images out of my head and I keep looking for them. 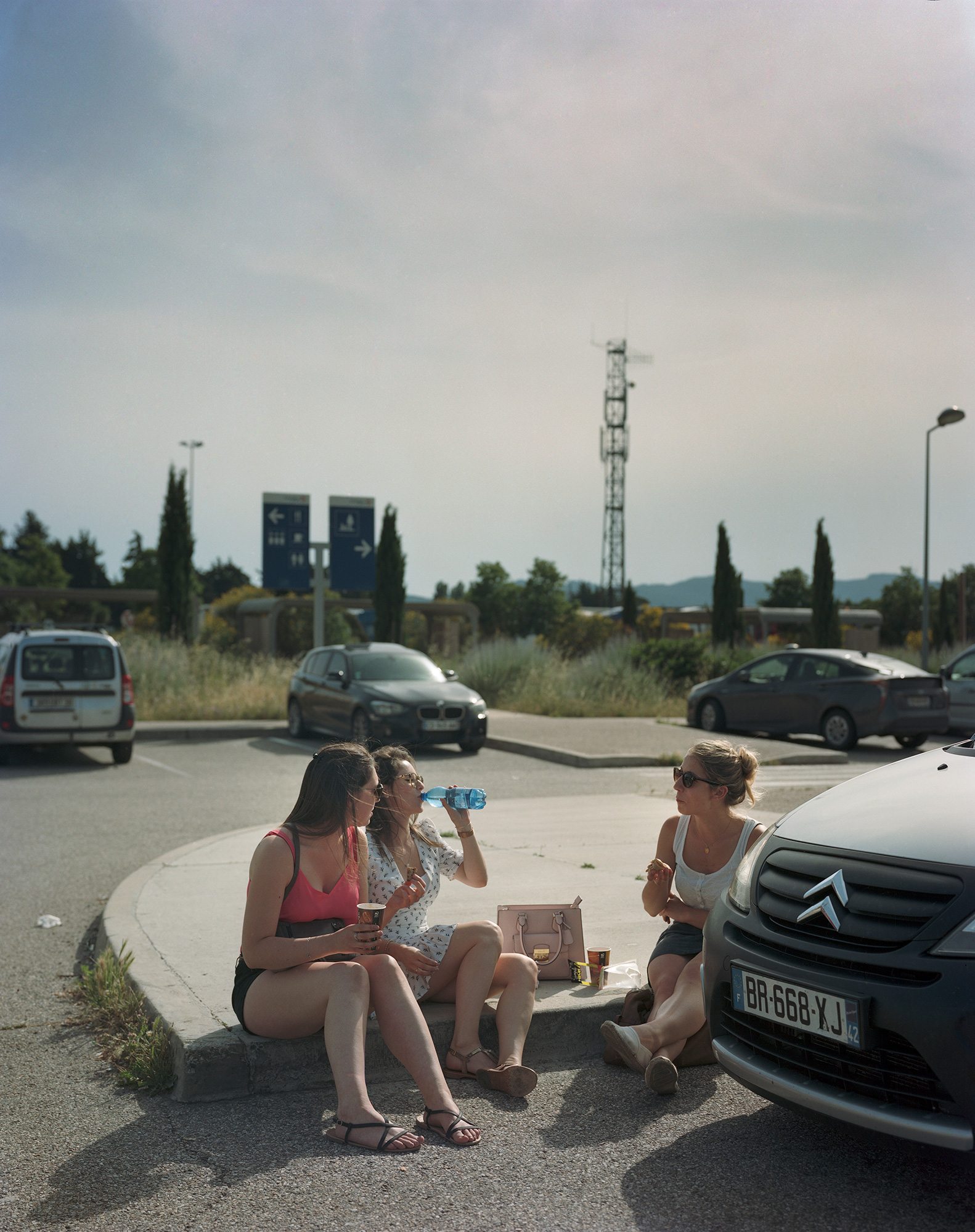 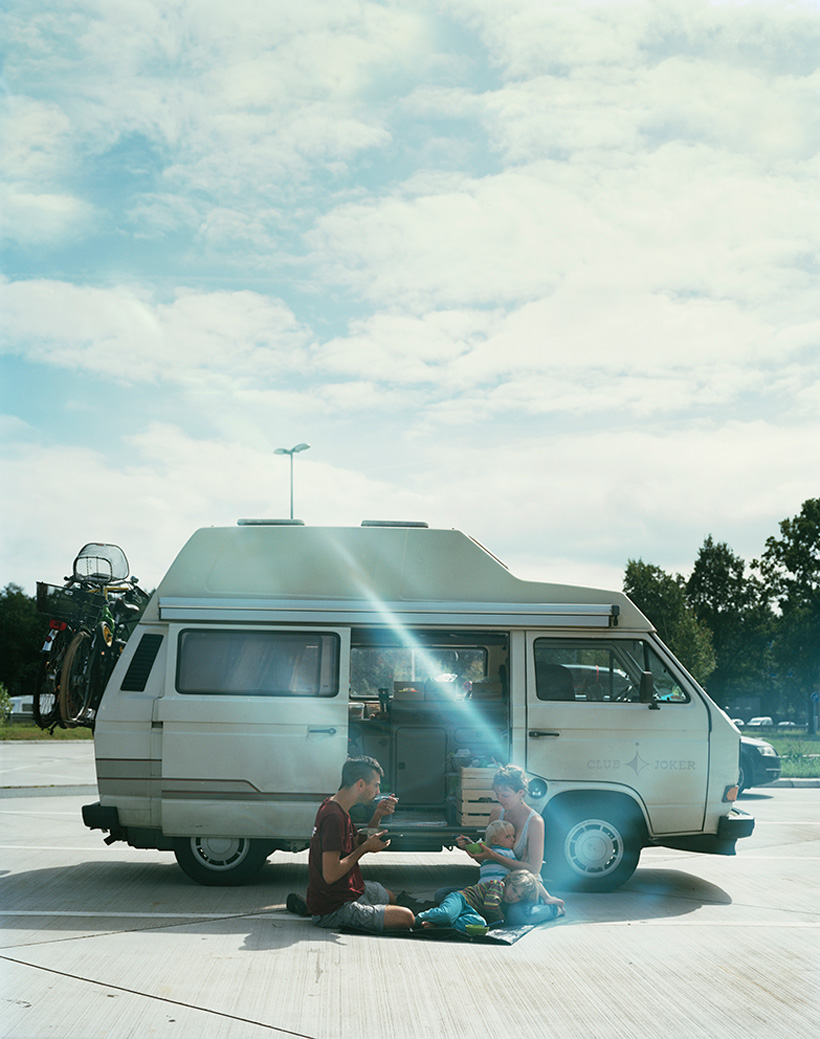 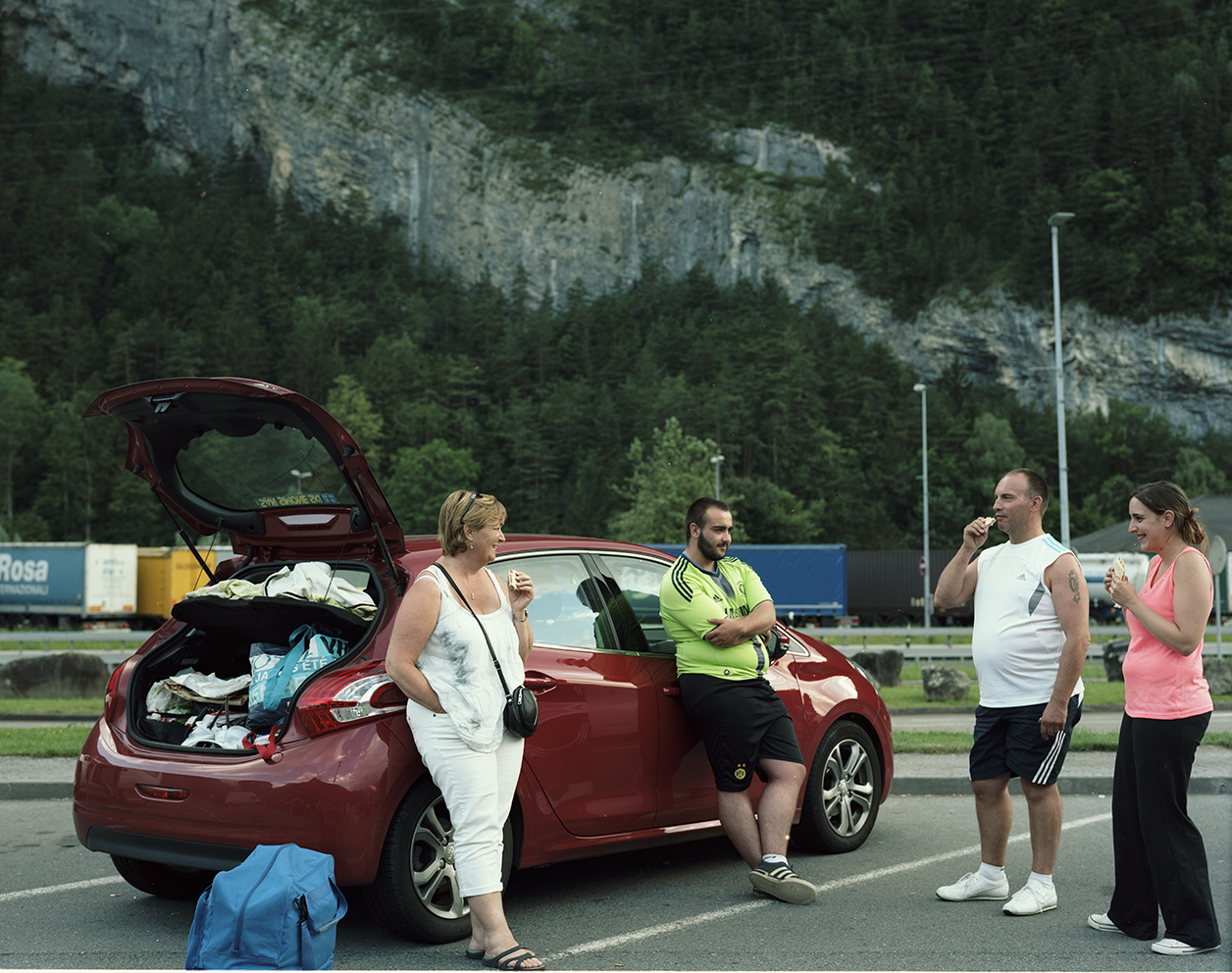 The pictures are often taken on long drives between Zurich and Berlin, but also in France and Switzerland. Sometimes the opportunities come almost non-stop, sometimes nothing happens for months. I like to drive, so this theme suits me: stopping, looking, thinking, driving on. I’m interested in these moments of pause; the atmosphere in parking lots is always a bit tense. I don’t know exactly why that is. Maybe because people are in a hurry, don’t know their way around, need to use the restroom, are hungry, want to smoke. 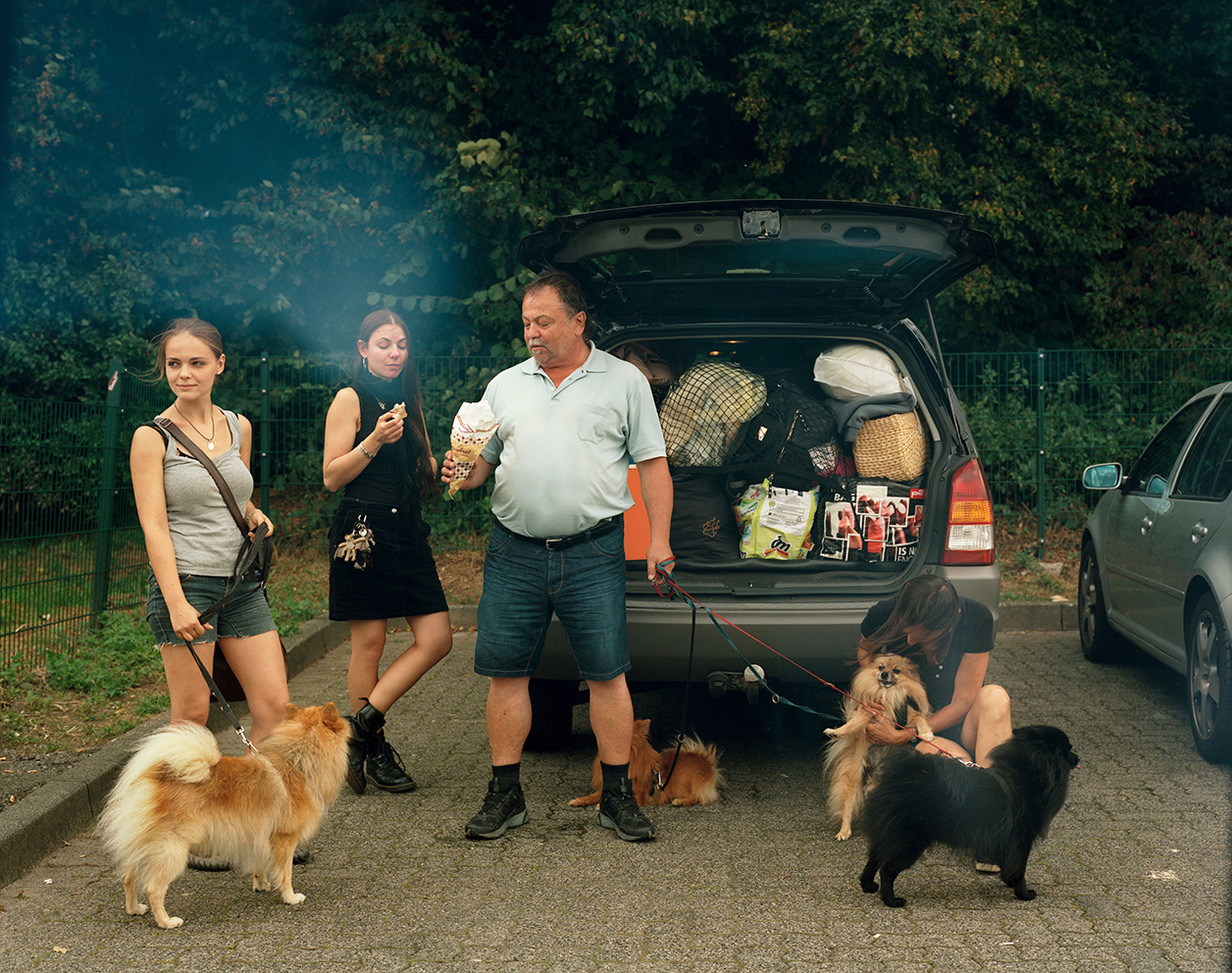 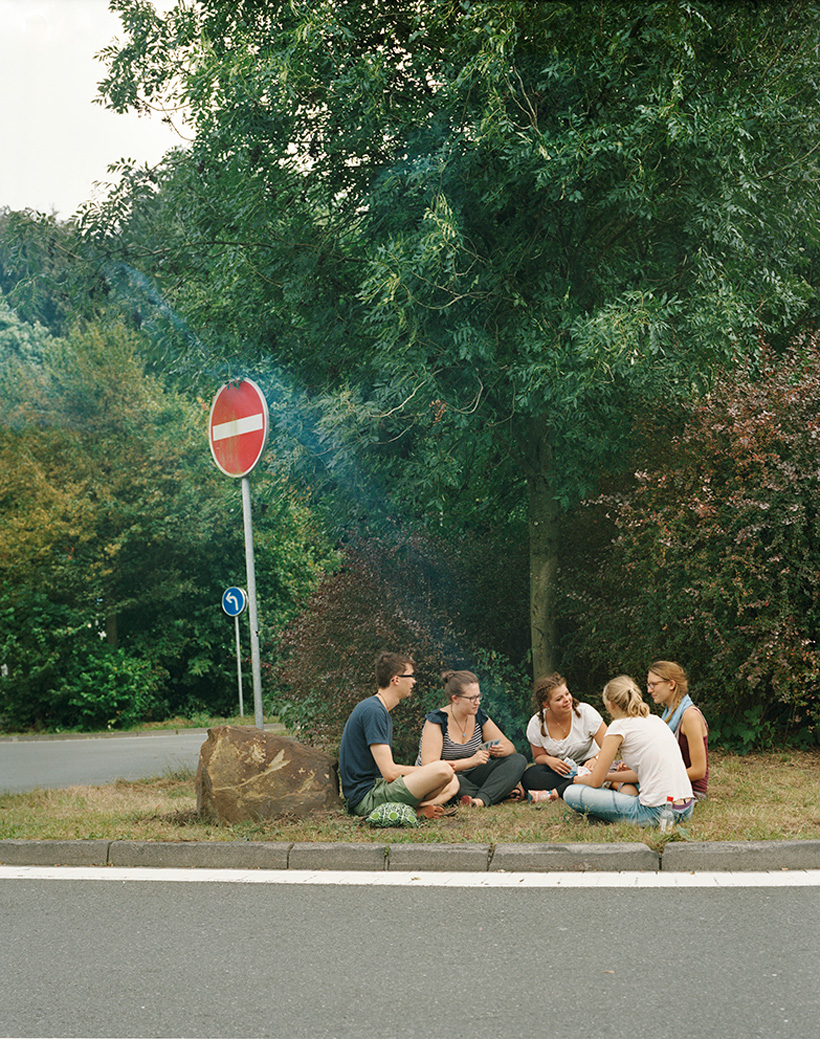 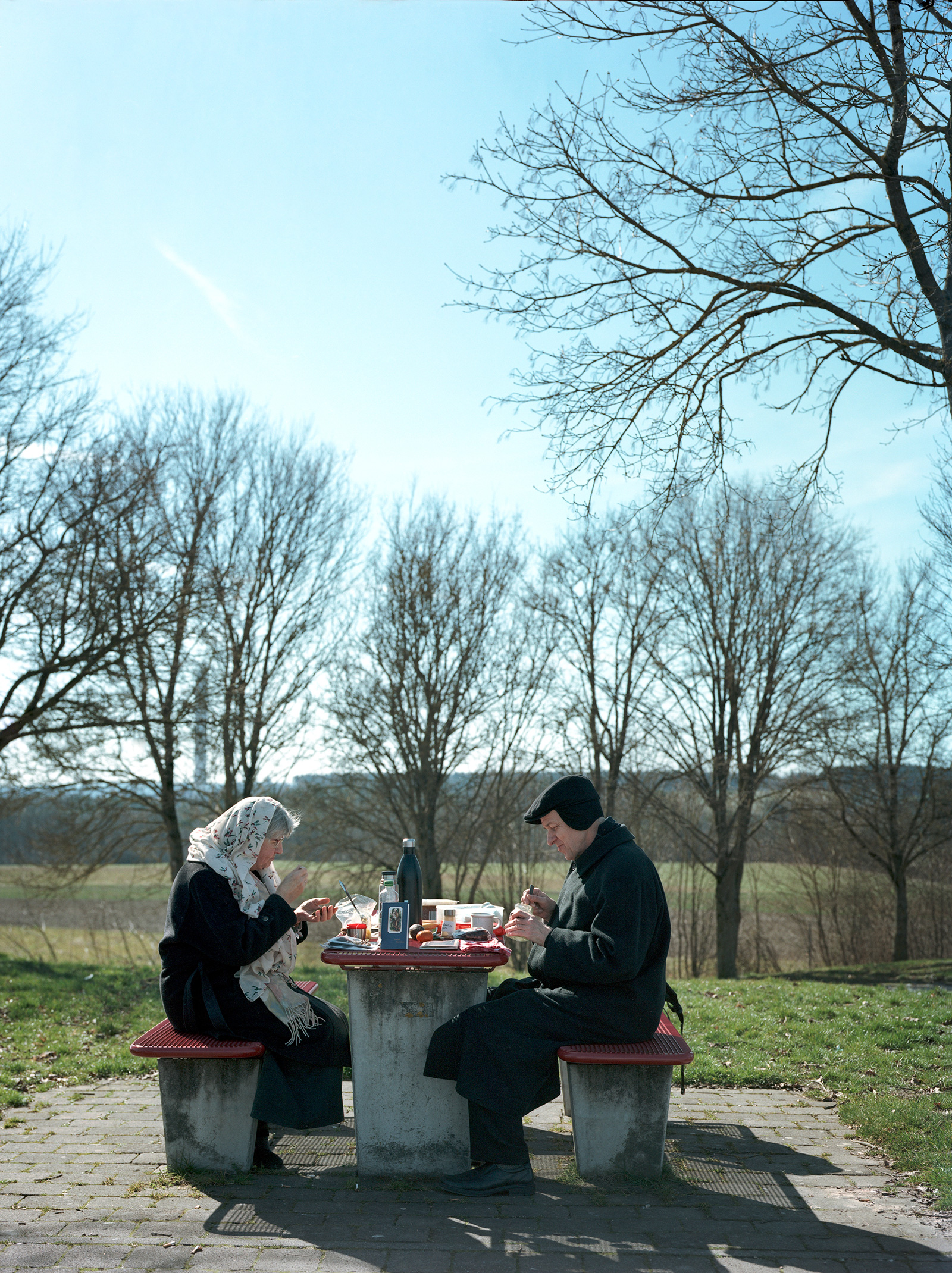 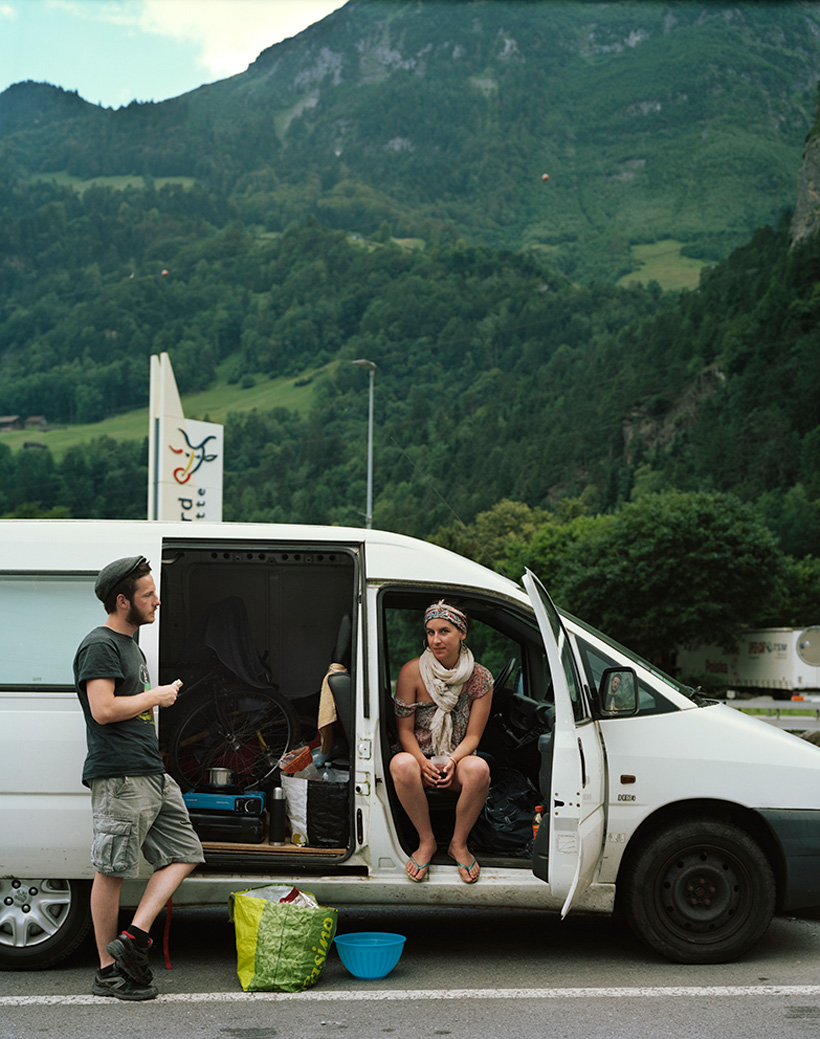