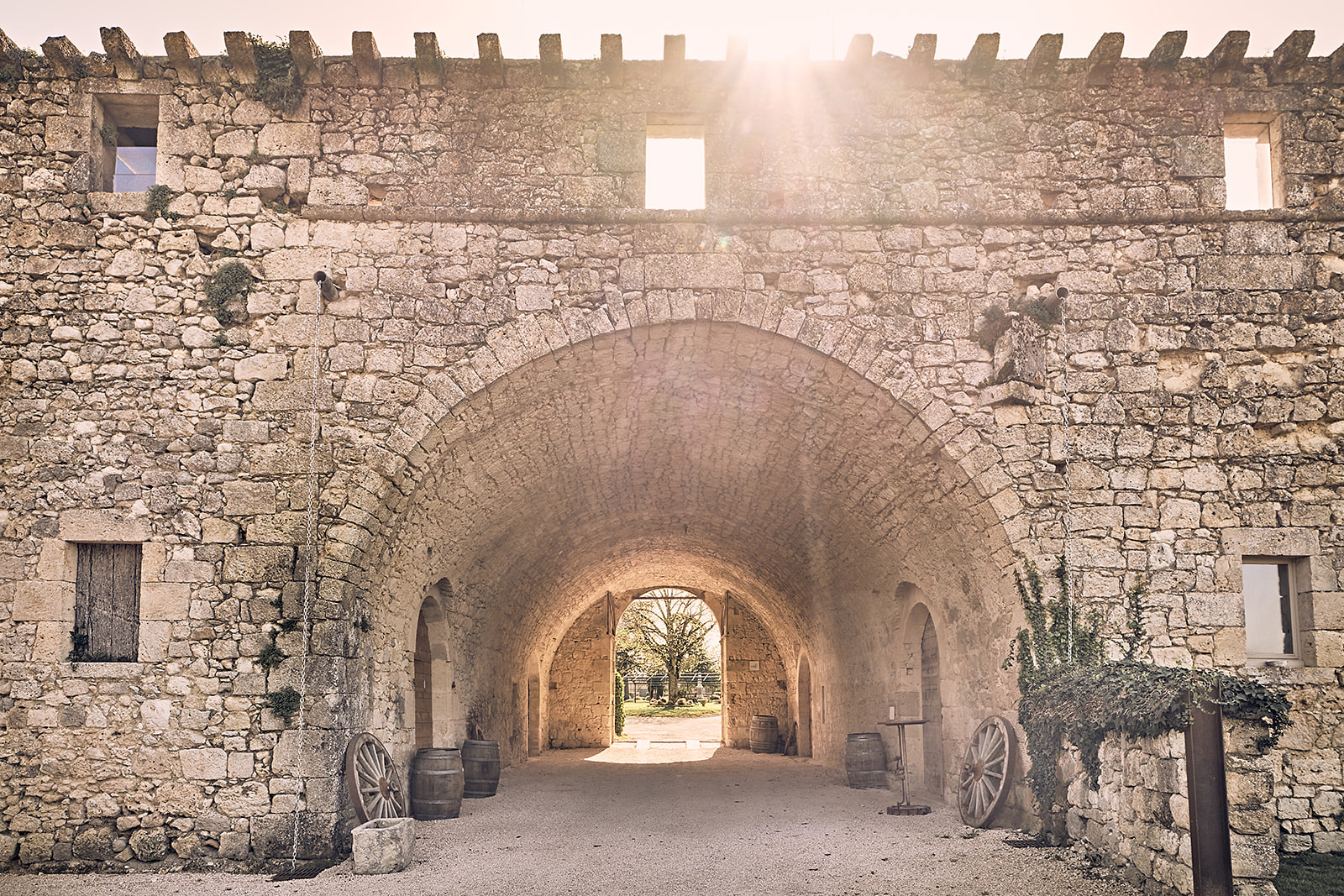 One man, one village

He buys and renovates half-ruined villages, brings out the old splendor – and lets new residents and vacationers share in his passion. Frederic Coustols has an expensive hobby.

Top: View from the hamlet into the gently rolling Gascony countryside. Below: Castelnau des Fieumarcon
seen from the air. Photo: Antony Lancashire

He calls himself a landscape collector, but he actually collects old stones. Ruins, to be exact. He saved Lisbon’s most magnificent Alfama palace from decay and made a Ming village in China’s Guanxi Province habitable again. Frederic Coustols’ finest project, however, is in France: Castelnau des Fieumarcon, a medieval hamlet that would no longer exist if he had not bought it and spent years restoring it. The hamlet stands on a hill in the department of Gers. You drive through it on single-lane roads between gently rolling melon fields, encountering pilgrims on the Way of St. James rather than oncoming traffic along the way. Charming villages like Lectoure, Cologne or Fleurance only awaken from their slumber on market days, but then tout le monde is on the road to stock up on fruit and vegetables, goose liver and goat cheese. Frederic Coustols has known the area since childhood; as a student he wrote and published a book on the traditional architecture of the region. He knew what he was about when, in 1978, the village baker of Castelnau offered him three dilapidated buildings for sale.

“I love this place. I felt lucky to have found it, and I was hell-bent on doing something for in.”

Frederic Coustols was 34 years old at the time, he had earned well at the Cargill trading group and with a pharmaceutical distribution company. He didn’t hesitate. He bought the baker’s property and gradually the whole hamlet as well: 32 houses from the 13th century, once inhabited by 240 people, now a ruin with not much more than foundation walls. To acquire the ensemble, he had to pay off 99 plot owners, including the Roma who had occupied the village. Cost: about 120 million old francs, the equivalent of about 180,000 euros. Monsieur Coustols laughs when asked what devil possessed him at the time. “I love this place,” he explains, “I felt lucky to have found it, and I was hell-bent on doing something for it“.

But that’s not it alone. Frederic Coustols had seen too many old houses disappear without being able to do anything about it. He wants to show the state that there is another way. That historic buildings can be preserved. That it doesn’t cost more money than building something new. That the rural exodus can be stopped by offering people in rural regions acceptable living conditions. It’s a bet, high-stakes but coolly thought out. The state agrees: The county will pay part of the renovation costs on the condition that the units will be rented at the minimum rate set by the state for ten years. “So I got started,” Frederic Coustols recounts, “just to dispose of the Roma legacy required 100 truckloads of 10 tons each. Everything was quite complicated and tedious, but it succeeded. In 1988, 16 families moved into the finished houses“.

The village and the individual cottages look almost exactly as they did in the past, they have been renovated as faithfully as possible. Photos: Isabelle Souriment Bazin, Littlewing Photos

Only half of the original 32 houses are still standing, the others have given way to romantic overgrown gardens with rose bushes, cherry, plum and fig trees, wisteria, raspberry bushes and huge rosemary bushes. The interiors have been given a country-chic design with antique terracotta floors and hand-painted roof beams. Contemporary art hangs on the walls; here is one of Frederic Coustol’s homemade lamps, there an 18th-century Gaveau grand piano. The stylish interior, however, is a second edition. For after the ten-year lease was over, Frederic Coustols retakes his property, and renovates it a second time. Since then, there is a pool, wifi and hot dinner on request. 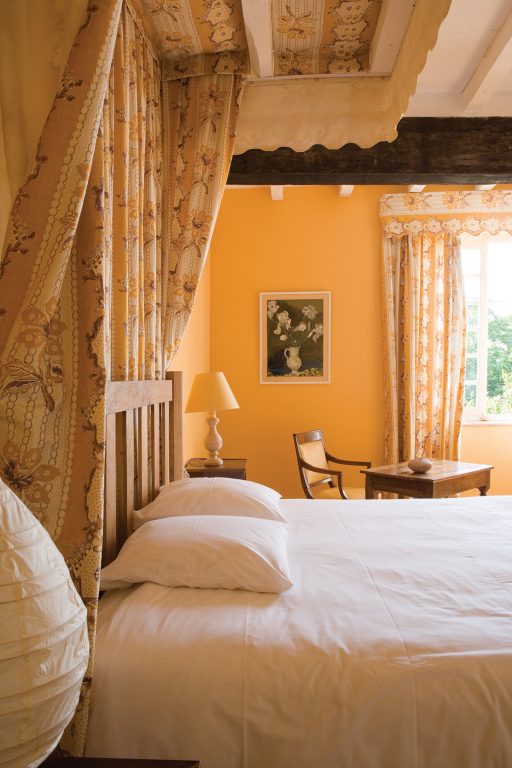 The romantic hamlet is booked now and then for equally romantically staged weddings. Photo: Jonny Barratt

Today, Castelnau des Fieumarcon is rented out mainly as a whole to wedding parties or businesses, but also by the room to individual travelers who want to enjoy the tranquility and unique ambiance within the five-meter-high fortress walls. “I don’t want to make money with it,” says the landlord, who likes to use his village himself for workshops or parties, “the whole thing should just cover costs.” Whether it does? Monsieur Coustols smiles mischievously. “Parfois,” he says, sometimes. He has never spent a cent on advertising; if you don’t find the hamlet on your own, you just stay away. And because big events aren’t taking place at the moment anyway, Castelnau has sunk back into a gentle slumber – which is all the more pleasing for individual guests with good tracking skills, because rooms are rented out for 120 euros per night per guest. Those who want to book the whole hamlet pay a little more: 26,322 euros for two nights, 37 rooms and a maximum of 68 guests. thecastelnau.com 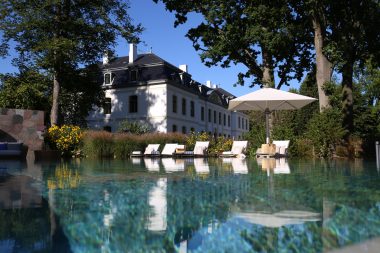 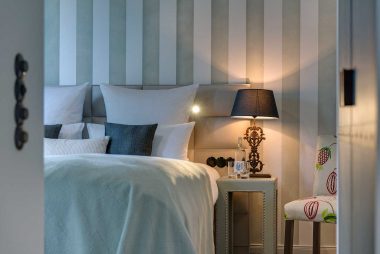 Jan Henric Buettner had made a considerable fortune in the U.S. when he heard that Weissenhaus Castle was for sale. He knew the area; as a child, he had spent entire summers at his parents’ vacation home on Hohwacht Bay. In 2005, he bought the 400-year-old village for seven million euros: 75 hectares of land including three kilometers of Baltic Sea coastline, a dilapidated castle and 40 historic ramshackle houses, whose three dozen aged residents he granted lifelong tenancy rights. “I had no idea what I would do with it,” he says, “but I knew an opportunity like this would never come again.” In 2008, construction began to transform the village into a luxury hostel. Transform? “I did everything I could to preserve the atmosphere of Weissenhaus as it was,” says Jan Henric Buettner. Nevertheless, that’s where the Weissenhaus Grand Village Resort & Spa now stands, its 60 rooms and suites distributed among the meticulously restored old buildings. In addition, guests can choose from various restaurants and bars, a vinotheque and a magnificent spa with a thermal bath. Double rooms from 465 euros, weissenhaus.de
Photos: Christopher Schlang (very top); ©soenne.com, ©weissenhaus.net 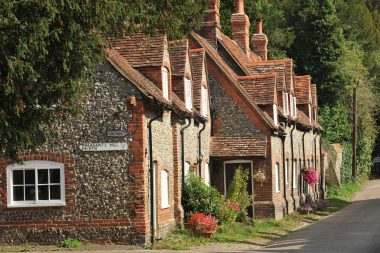 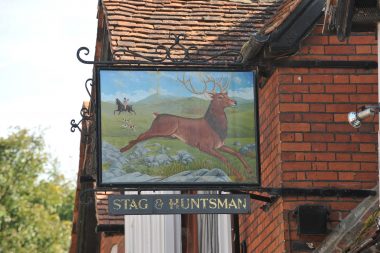 Swiss Urs Schwarzenbach bought a complete English village in 2007 for over 50 million francs. Hambleden Estate is located in the county of Buckinghamshire just under 65 kilometers from the City of London, and one can’t say it needed a savior: the picturesque center and the 44 charming brick and flint houses have already been featured in various films, the church, pub and village stores beautifully preserved, the 750 or so residents content. But good things can be improved. The well-known financier, art collector and owner of The Dolder Grand luxury hotel in Zurich launched a renovation program that will not only catapult vacant homes to a much higher standard, but also public facilities such as the post office and the village’s only inn. The 400-year-old The Stag & Huntsman offers vacationers who want to spend a few days in this British idyll nine beautiful rooms and a cozy pub with quintessentially British cuisine. Double rooms from 115 British pounds, thestagandhuntsman.com 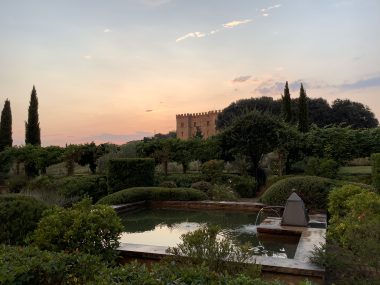 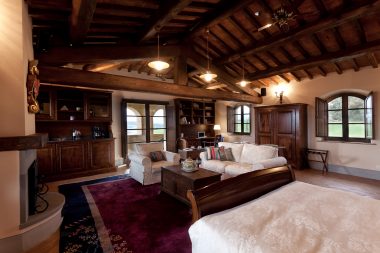 When prominent American lawyer John Philipps was living in Rome as Obama’s ambassador, he went in search of a vacation home in Tuscany. He thought of a pretty farmhouse for himself and his family, but what he found was something else: a crumbling ensemble of several 14th-century houses not far from the wine stronghold of Montalcino. A good 60 farmers used to live there, the last of whom had left the estate in the 1960s. The village fell into disrepair, roofs collapsed, starlings nested above the 500-year-old brick oven where farmers used to bake their bread. “There were only ruins; I had never experienced such silence,” says John Philipps. In 2001, he bought the village and spent seven years carefully renovating it. Of course, Borgo Finocchieto was much too big for a vacation home. So its owner developed a new concept: the hamlet was to become a cultural and creative meeting place, a middle ground between a hospitable private home and a luxurious conference hotel. Today, 22 elegant suites are available, distributed among different buildings. In addition: a pool, a spa and excellent cuisine. The village is only rented exclusively, from a minimum of nine suites (18 people) for three days. Cost: from 10,000 euros per night plus 130 euros per person for meals and drinks, borgofinocchieto.com 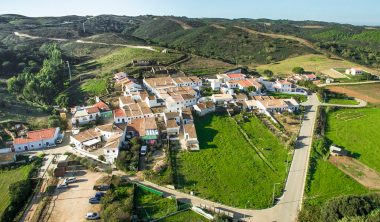 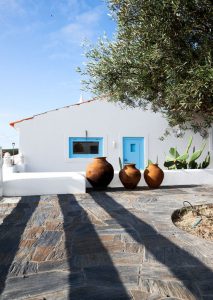 Pedralva also found a savior who recognized the potential of the neglected village on the Algarve’s still virtually untouched west coast, and was willing to make a commitment to it. When Antonio Ferreira happened to arrive in Pedralva in 2004, only nine people still lived in the once thriving agricultural community; everyone else had abandoned their homes, some even forgotten about them. “It was a desolate sight,” he recalls, “I tried to imagine what Pedralva might look like if it were rebuilt.” The successful advertising executive from Lisbon was in his mid-30s when he moved to the south with his family and bought first one of the houses, then two more, until he owned 30 of the 50 houses of the village. “The biggest difficulty was locating and contacting the owners of the houses,” says Antonio Ferreira, “then it was a matter of bringing real life back into the village, because once the school and bakery are closed, no one wants to live there anymore.” Today, the houses, with a choice of one, two or three bedrooms, are tastefully furnished and equipped with a bathroom, living room and cooking facilities. In the village, there is a small store and a café, and the restaurant Sítio da Pedralva is known throughout the coast for its dried cod in bread dough. “To fulfill our guests’ heart’s desire, we also built a pool,” says Antonio Ferreira – even though the sea is just around the corner. 1-bedroom house from 106 euros, aldeiadapedralva.com